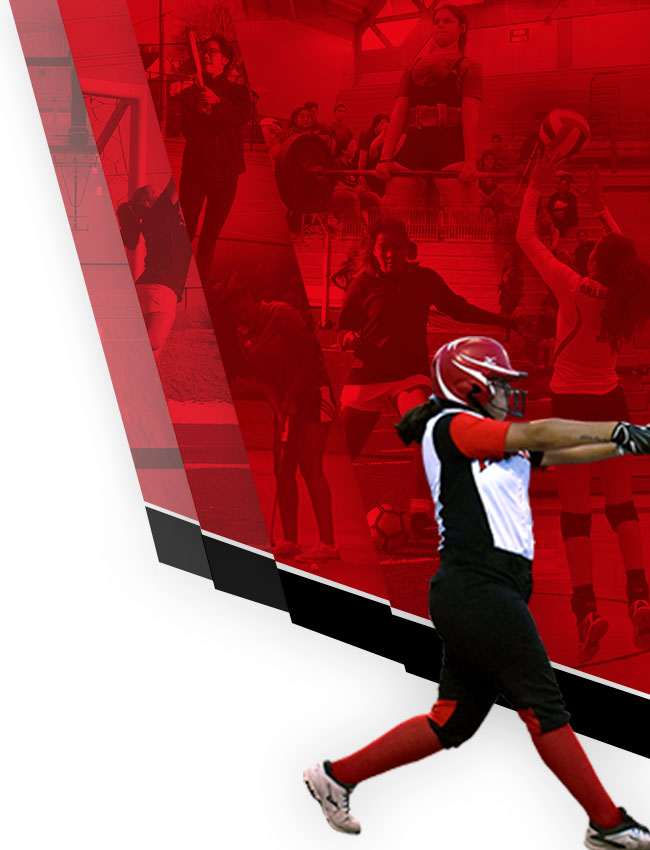 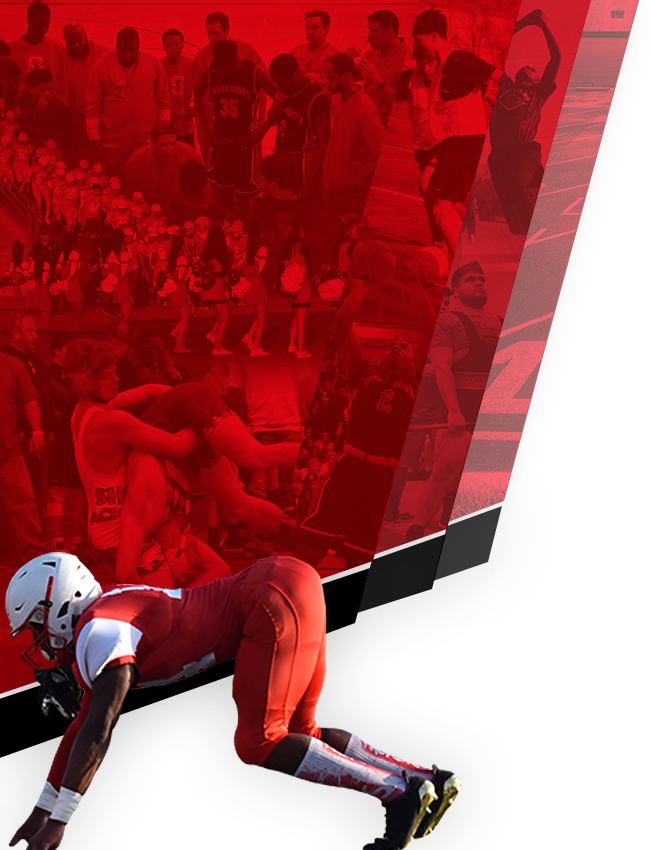 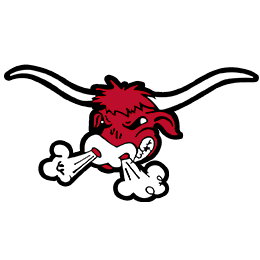 Congratulations to the Boys Varsity Soccer team for winning the Smoky Mountain Cup!

Congrats to the Varsity Boys Basketball team for taking state! 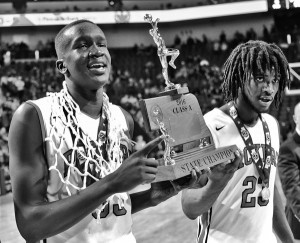 In its 31st year, the Gatorade Player of the Year program is proud to recognize the nation’s most outstanding high school athletes for their athletic excellence, academic achievement, and exemplary character. 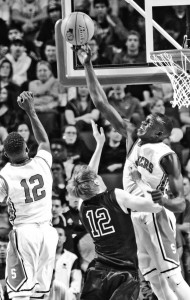 The 6-foot-6, 190-pound junior forward led the Packers to a 28-1 record and the Class A state championship this past season. Arop collected 12 points, 11 rebounds and two steals in the 59-50, title-clinching win over Fremont, capturing All-Tournament honors. He averaged 15.9 points, 7.8 rebounds, 2.5 assists, 1.8 steals and 1.1 blocks per game. Arop shot 61.8 percent from the field. He missed the majority of his sophomore season due to a broken tibia.

Arop has maintained an A average in the classroom. Also an accomplished pianist, he has volunteered on behalf of his church in addition to donating his time as a youth basketball instructor and peer tutor.

“He is a premier player in our state,” said Ben Ries, head coach at rival Norfolk High. “He overcame the challenge of a serious leg injury to help his team to the No. 1 seed in our state tournament. He is athletic, versatile and unselfish. I have appreciated watching his calm, confident demeanor during intense game action.”

Arop has verbally committed to play basketball on scholarship at the University of Nebraska in the fall of 2017.

The Gatorade Player of the Year program annually recognizes one winner in the District of Columbia and each of the 50 states that sanction high school football, girls volleyball, boys and girls cross country, boys and girls basketball, boys and girls soccer, baseball, softball, and boys and girls track & field, and awards one National Player of the Year in each sport. The selection process is administered by the Gatorade high school sports leadership team in partnership with USA TODAY High School Sports, which work with top sport-specific experts and a media advisory board of accomplished, veteran prep sports journalists to determine the state winners in each sport.

Now we have a third team from the past five years to include in debates about the all-time bests in Nebraska boys basketball.

Omaha South, its sole loss to last year’s Colorado champions, completed a 28-1 season Saturday with its 59-50 win over Fremont for the Packers’ first Class A title since 1990.

Either Eagle team has a case for being considered better than the other — a deeper bench in 2012 vs. a formidable six-man rotation in 2013; an undefeated record in 2012 vs. two losses at a national tournament and two more when current UNO standout Tra-Deon Hollins was hurt in 2013; a record waltz of 25 points a game per win through the state tournament in 2013 vs. a first-round scare in 2012?

Then look at South: A six-man rotation also full of college potential; not undefeated, but its loss was to an out-of-state power; and a three-game run through the state tournament by an average of 17 points with the closest game a nine-pointer in the finals.

A couple of longtime observers, former Lincoln Northeast and Millard North coach Chip Bahe and Bellevue West’s Doug Woodard, were asked for their take on the Packers.

Bahe said, “I told a lot of people, in my opinion, South resembles Central when you used to say to your teams, ‘Hey, you have this one-time shot,’ but it was a lie because you knew they’d win 10 of 10 times. South had the ability to find another gear and I felt it was with its defense.

“They’re as good as anybody in the past 15, 20 years. Just their athleticism alone beat a lot of teams. This crew is in the discussion for how they did it, how businesslike they were.”

A missing piece in the Packers, Bahe said, was not having a consistent 3-point shooter.

Woodard, whose 2005 one-loss team would be in the broader discussion of all-time bests, agreed South should be included.

“If the top eight or so were put on a bracket, they’d acquit themselves pretty well,” he said.

South’s short bench would be a factor, he said, as it would be for 2013 Central, in a three-game tournament.

“I think those Central teams were better, although others will have a different perspective,” Woodard said. “I don’t think basketball in the state was as strong as 2012 or 2013 or like 2005.

“I’m probably splitting hairs. South didn’t have one player as dominant as Akoy Agau. He controlled the defensive end and it was hard to get to the rim. Especially in big games he was such a difference maker. And look what Tra-Deon is doing at the D-I level. They had a couple difference makers, and how often do you see one inside and another on the perimeter on the same team?”

You can bet the next time there is a re-rate of the all-time best, the Packers will be in the mix.

If Class A’s rosters were frozen as of now, in other words no player transfers (yeah, right), what teams should contend next season?

Fremont will be starting over. Omaha Creighton Prep will be, too, though there’s always talent coming up in the Junior Jays’ pipeline.

And South returns only Aguek Arop, who said after the final, “I think the future looks promising. I feel we’ll be back here next year.”

It was a memorable run to the finals for final Top 10 No. 2 Fremont, which hadn’t been there since 1961. A win over Norfolk for the first time in 14 games dating to the 2002-03 season, followed by an overtime win over Omaha Creighton Prep in the semifinals.

“It was so great for our community and our school,” coach Mark Williams said. “I’m proud to be from Fremont High School. We haven’t been in a state championship in one of the bigger sports in a long time, and 55 years is a heckuva long time.

“To beat Norfolk and to beat Prep and maybe silence some of the doubters out there about how good a basketball team that we are, because if (South) is No. 1 then I think we’re No. 2. I thought we played outstanding during the season. The two other losses we had, we avenged. I couldn’t be prouder of what we did. It was sure fun. We knew it was going to end today. We just wanted to end it a little different.”

Doubters? I certainly was one. Because of the schedule assigned to them, the Tigers were 2-1 in the regular season against tournament teams — a very small sample size, and none of the games were against the powers of the Metro Conference — and they had played the weakest aggregate schedule (its opponents were .431; Omaha Central was next at .466) of the eight at state.

But the Tigers went to state and made a statement.

Fremont’s final ranking is its highest since 1957. Wait, didn’t the Tigers win the Class A tournament in 1961?

They did, but our Gregg McBride ranked Omaha Benson — upset by Boys Town in districts — ahead of the Tigers. Just as happened in 1957, when all three schools were involved. Fremont was ranked No. 1 at the end though upset by Benson in districts, and state tournament winner Boys Town — with three more losses than Fremont — was second.

The final Top 10 includes three lower-class champions — Gretna from Class B at No. 6, Wahoo Neumann from C-1 at No. 7 and Hastings St. Cecilia from Class C-2 at No. 8.

Gretna, winning for the first time since 1982, finished 27-1. Neumann (26-2) lost only to St. Cecilia, splitting games with the Bluehawks, and to Class B semifinalist Aurora in overtime.

St. Cecilia (24-4), a state champion for the fifth time in nine years, also lost two close games to C-1 No. 3 Columbus Scotus. Its other loss was to a 20-win Beatrice squad from Class B.

» Class B: Gretna was the preseason favorite. The Dragons are No. 1 for the first time since 1982.

» Class C-1: Neumann was the preseason favorite. The Cavs are ratings champions for the fifth time. They also were No. 7 in the Top 10 in 2003.

» Class C-2: St. Cecilia was the preseason favorite. The Bluehawks are ratings champions for the seventh time, and their final Top 10 ranking follows last year’s No. 10 inclusion.

St. Francis is the sixth D-2 champion and second in a row, after Exeter-Milligan, to win state titles in football and basketball in the same season.

With four preseason favorites fulfilling their prediction with state titles, it was an easy win over colleague Mike Patterson in the seasonal battle of tourney picks. Poor Mike only went 1 of 6. Better luck next fall.

Coaches are reminded that all-state nominations are due Tuesday, along with final stats for Class A, Class B and Omaha-area schools.

OMAHA, Neb. —In the most recent iteration of USA Today’s high school basketball polls — the Super 25 Expert Rankings and the Super 25 Computer Rankings — the Omaha South Packers earned a ranking.

The Packers are an unblemished 20-0 this season and rank 15th in the computer rankings and 25th in the expert rankings.

They most recently throttled Lincoln High, 84-37.

Very proud of these young men! They have put in the time and work to earn the opportunity to live out their dreams!! 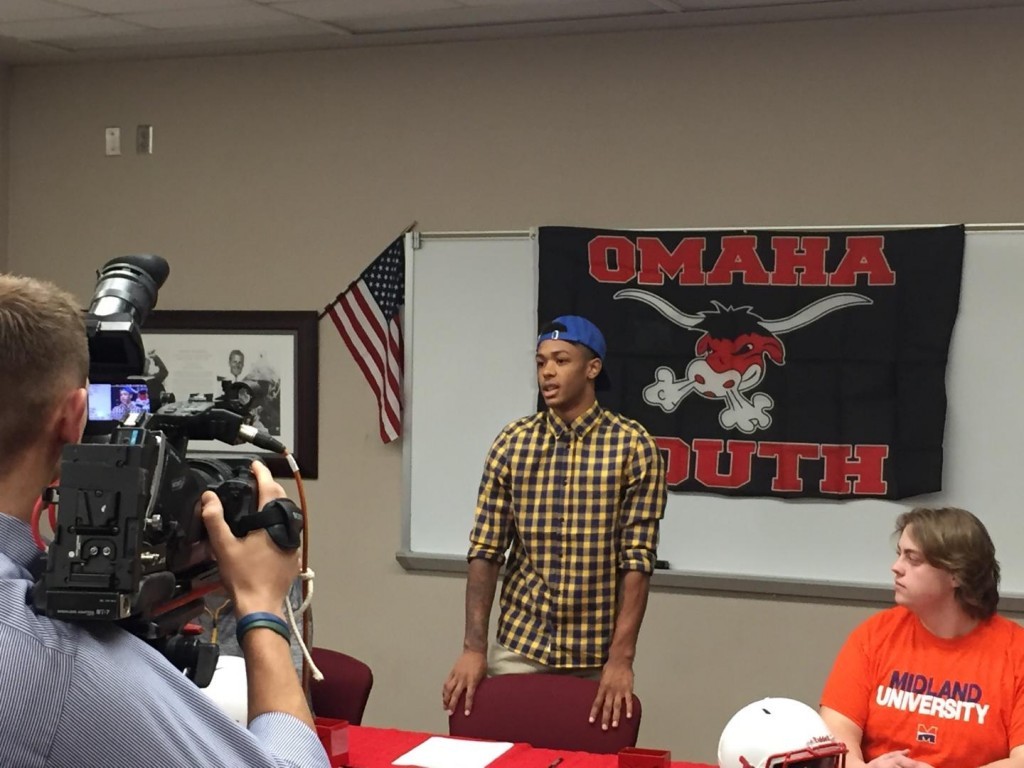 Big shout out to Kevin Barratt who was selected as the Nebraska State Thespian Society Theatre Educator of the Year at the state festival this weekend!

The NFL would like to congratulate Omaha South High and welcome you to the Super Bowl High School Honor Roll community celebrating schools that have contributed to Super Bowl history!

High schools across the country and globe will receive a commemorative Golden Football produced by Wilson for every player or head coach who graduated from the high school and was on an active Super Bowl roster. Given that Marlin Briscoe graduated from Omaha South the NFL is proud to induct Omaha South into the Super Bowl High School Honor Roll.

Honored schools, including Omaha South, will receive a NFL Character Education Curriculum and be eligible to apply for grants from the NFL foundation to help support and grow their high school football programs.

Omaha South will host Marlin Briscoe, date to be determined, to be presented with this honor!

In case you didn’t know;

Marlin Oliver (Marlin the Magician) Briscoe (born September 10, 1945) is an American former collegiate quarterback and Professional Football wide receiver. In October 1968, after being drafted by the Denver Broncos, he became the first starting black quarterback in the American Football League and established a Denver rookie record of 14 touchdown passes that season. He played professionally for nine years.

From Omaha, Nebraska, Briscoe played high school football at Omaha South High School and college football at the University of Nebraska at Omaha.
From Wikipedia, the free encyclopedia